We’ll be sharing a video and slide show of our 4,000 km drive across India in an Auto Rickshaw. All are welcome!

Come on out if you want to learn more about the adventure or just for a laugh.

Presentation Only – No Cost

Please RSVP to Dina McDonald & let her know if you would like to join in for dinner or just the show. 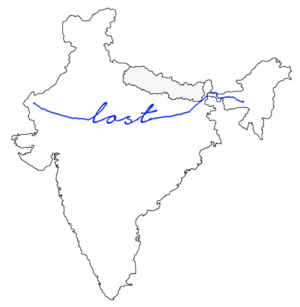 There is no set route, no back up support, no pre-arranged accommodation and no hand-holding. It’s going to be just the three of us and all the magnificent chaos India chooses to throw at us. There is no way of knowing when or if we’ll get to the finish line. The only certainty is that we will break down, we will get stuck, we will get lost, we will be exhausted and we will have one heck of a lot of fun.

As we prepare for this adventure, planning a daily route is pointless. Trying to sort out where we’ll stay every night is pointless. Detailed planning of any kind is really quite pointless.

What we do know is that we’ll need to drive all the way across the widest part of India from  Jaisalmer in the Rajasthani desert in the far west to Shillong in the Meghalayan hills in the far east. The shortest possible distance is about 2,600 km and we’ll have less than 13 days to tackle it at an average speed likely to be below 30 km/h.

So we know we’ll need to start by pootling across the desert, but after that should we take a left turn into the Himalayas? Or will we head across the northern plains and into Nepal?  We’ll certainly need to traverse some tributaries of the Ganges, pass through some tiger reserves and jungle, before crossing more tea plantations than we ever knew existed. To get to the end we’ll need to squeeze in between Bhutan, Burma and Bangladesh to arrive in the ‘Scotland of the East’ where we’re almost certain to be deluged by rain.

It’s our favourite type of blind adventuring, with no guide book to follow. We much prefer to protect the sanctity of the unknown.

In less than four hours the real adventure begins as the Rickshaw Run launches.

Smiles & Miles consider ourselves privileged to be able to roam the world as we do. We are fortunate to have a roof over our heads, healthy sustenance, endless learning opportunities, and a chance to do work that we enjoy. We have the resources and time to do some truly amazing things, albeit with lots of work and several compromises along the way.

Over the years, we’ve seen individuals asking for money from others to pay the costs of their personal travel. One particular example featured a donation jar at the till of several local stores to fund an individual’s trip to South America – with no supporting information to state any reason why this person could not just save up and go. We can understand fundraising to assist individuals in taking advantage of unique opportunities which they have worked hard to earn but can’t manage financially.  ie. Scouts raising money to enable a trip to a faraway jamboree. What is confusing is that more and more we are seeing firsthand how some individuals are giving the impression of raising funds for a charity, when in reality they are spending the money raised (or some portion of it) to fund personal expenses. We understand that the fundraising itself incurs costs that need to be paid, but when a traveler undertakes a trip primarily for their own personal benefit, we’d prefer that they funded this in some other way, without blurring the view of where donors’ funds are actually going. These past experiences created a great deal of discomfort for us when we decided to participate in an adventure with a charity fundraising component. We do not want to leave anyone with the impression that we are raising money to fund our personal adventure.

We chose to take part in the Rickshaw Run because it seemed like a great opportunity to do something we’ve dreamed of – driving across India in an auto rickshaw.  What an amazing way to see a fascinating country! We’re pleased that The Adventurists have created this unique opportunity.  We’re also pleased that, like us, they quite like the world, adventuring in it, and giving something back. In fact, their efforts have contributed to raising over £5 million for charity.

Similarly, we’ve seen fellow travelers using the attention that they’ve drawn to their adventurous undertakings to cast attention on worthwhile causes. Some of them have raised significant funds which have been put to great use.  We applaud them.

Smiles & Miles contribute to our local and global communities in a number of ways and are in the fortunate position that we can afford to provide the minimum fundraising component for the Rickshaw Run without the need for fundraising from others.  But leaving it at that seemed like a missed opportunity.  And so . . . We’re taking advantage of the interest surrounding our upcoming adventure to draw some attention to a couple of causes that we support:

A Canadian charity and educational partner, working both domestically and internationally to empower and enable youth to be agents of change.

GIVE THROUGH OUR CAMPAIGN

GIVE THROUGH OUR CAMPAIGN

We’re thrilled to report that our efforts to-date have raised over CDN$6,000 for these two worthwhile causes.  A huge thank you to our donors for your generosity and support. If you’re interested in joining in our efforts, please visit the links above to learn more about each charity and how you can contribute directly to them.

We are also pleased to let you know that our Rickshaw Run teammate, Richard Desilets, is using this opportunity to draw attention to his chosen cause, The Calgary Poppy Fund & Veterans Food Bank. 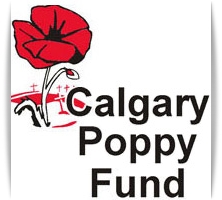 We encourage you to learn more about this organization and to contribute to their valuable efforts on Richard’s behalf.

With generosity of spirit,

Long-time friends and members of the Hot Potato Auto Racing Team, the three of us normally travel together for racing events throughout North America. When we were looking for a new adventure, we briefly considered the Ice Run, but we’re from Canada and drive an Ural year-round, so that really seemed like just another day. The Rickshaw Run seemed like a fairly calm and relaxing change of pace, and a great way to draw some attention to our causes – Cool Earth, Free the Children and the Veterans Food Bank. 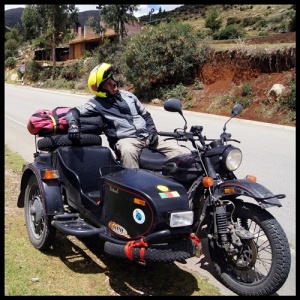 Early years:  playing bagpipes & racing a luge to the Olympics

Adventure Credentials:  Travelled around the world overland, drove an Ural sidecar rig through 20 countries & 3 continents, and took passage on a cargo ship across the Atlantic.

Driving accidents:  Nothing that everyone hasn’t walked away from (unless you count the luge).

Most likely to be found … enjoying a gourmet meal I whip up on the side of the road.

Age:  I’m neither a wine nor a cheese, so it doesn’t matter.

Early years:  Working my way through University as a fashion model. Yes, that was a long, long time ago.

Most spontaneous adventure:  Flying half way around the world for a birthday weekend.

Most likely to be found … sipping a mango lassi. 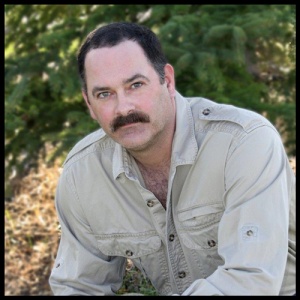 Handy, hard- working, and hardly ever at home

Family:  Father to Sarah, husband to Nancy. They’ll both be cheering on the team and following along from 11,000 km away. Sarah is counting the days until she’s old enough for a motorcycle license & her own Rickshaw Run.

Early years:  Milking cows (before the dawn of robots)

First time managing motorized handlebars: Seriously? At the age of 5, I was herding cows on a homemade scooter.

Adventure credentials:  No stranger to conflict zones, Richard has been part of several U.N. missions and maneuvered through some of the world’s toughest conditions.

Driving accidents: None… yet.

Most likely to be found … munching on something out of a crinkly cellophane bag.

Keep reading for more stories from these three adventurers as we head to India next week. 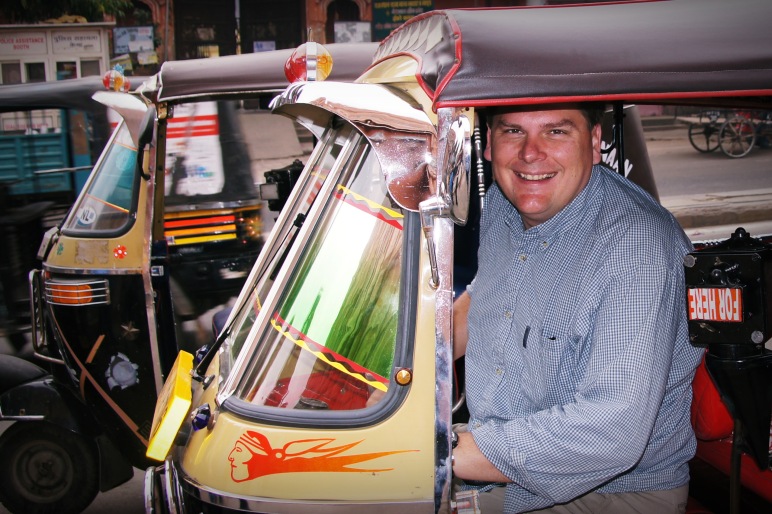 As we’re sure you’ve noticed, the Smiles & Miles blog has been resting for a very very long time. After 26 crazy weeks, 23,000 wild km overland, 15,000 lonely km by sea & 20 awe-inspiring countries, we had a bit of a hard time re-adjusting to life at home and finding a place in our new routine for writing. Sitting in our home office, the inspiration wasn’t quite as strong as it had been while we were on the road and we questioned whether anyone was actually reading now that we had returned home and shared our stories with family and friends in person. It somehow didn’t seem as relevant now that we had settled back into more predictable days and began to resemble somewhat normal Canadians.

But reality is that the travel certainly hasn’t stopped. Since flying home from London with our Ural in March 2012, we have visited:  China, Denmark, England (three times), Estonia, Finland, Germany (three times), Iceland, Japan, Latvia, Lithuania, Mongolia, Poland, Russia (twice) & Sweden. Whew! We continue to travel primarily by land & sea, but our journeys are all under four weeks and the Ural has stayed safely parked in our Garage Mahal.

Now that a couple of years have passed, we realize how many new stories we’ve accumulated and how much we’ve missed sharing our adventures with like-minded or just plain curious friends around the globe – and we’re hearing from many that they are missing it too.  Although we’re no longer on the road every day, exploring our big beautiful world is clearly still a significant part of our lives and we don’t see that changing anytime soon.

These are some great reasons to resuscitate the Smiles and Miles blog . . . but currently overshadowed by another huge motivator. We’ve just committed to another tremendous adventure which we can’t wait to share.

In 78 days, we will be getting behind the handlebars of an auto rickshaw (aka tuk-tuk, samosa, tempo, bajaj, lapa…) for a leisurely 2,700 km drive from Jaisalmer to Shillong, India participating in the Rickshaw Run and raising funds for Cool Earth and Free the Children. We’re quite sure this will prove to be one of our craziest exploits to date. Stay tuned for more details.

In the meantime, the stories from our overland adventure from Calgary to London via Buenos Aires & Dakar will continue.  We invite you to come along for the ride.