The little town of San Pedro de Atacama is a nice relief from the sun-baked desert. It’s an oasis village fed by two rivers and surrounded by outstanding natural beauty. It’s also a major tourist destination. After weeks of traveling through remote areas, we are feeling swarmed by the large numbers of Chilean tourists and hordes of gringos. We make our way through the narrow dirt streets, past attractive clay-coloured adobe houses, and stop in at a few residenciales looking for a place to stay.  Each place we stop seems incredibly overpriced and nobody seems terribly interested in having us stay.  They have all the business they can handle.  Not very enthused by any of the hotels or guest houses, we decide to settle into Camping Los Perales.  Our host, who spent some time working in Canada, is very happy to have us here.

The campsite is a short walk from the main plaza, where we head to do some more exploring and to re-connect with German biker, Jeff, whom we met earlier in the day. As we sit in the plaza enjoying a cold drink under the shade of an umbrella, a few more travelers make their way to us including a French biker and young lady from Montreal. It’s interesting to hear the very different stories of how everyone arrived at this tiny village in the middle of the desert.

As meal time approaches, we head away from the plaza and, in our usual style, seek out a spot that seems to have lots of locals but no tourists. As with most of the restaurants here, our set meal starts off with cazuela followed by a meat course with rice.

Back at our campsite, we enjoy the clear air and magical light of this desert location, one of the best places on the planet for stargazing. The night skies, and the Milky Way in particular, are truly unforgettable.  We now understand why the world’s largest observatory and telescope are nearby in the Chilean Altiplano.

As with most Latin American towns, the plaza is truly the centre of everything.  We’re back here once again this morning to visit the Museo Arqueológico Gustavo Le Paige where the fascinating collection of artefacts takes us step-by-step through the development of local pre-Columbian peoples.

The evening has us heading the edge of the village to an area that once formed the Ayllú de Yaye, a centuries-old community of extended families who shared the precious resources of the oasis, building canals to distribute water and sharing their daily workload in a way that benefitted the community as a whole. Our destination is the spectacular Tierra Atacama hotel built on the site of the old Ayllú de Yaye corral, where cattle moving from Argentina to Antofagasta were brought to feed and rest after the tough crossing of the Andes. The ancient adobe walls of the corral have been preserved as a monument to the history of the area and are incorporated into the entrance of Tierra Atacama.

The grounds of the hotel preserve ancient trees and are home to some of the irrigation canals and adobe walls of the centuries-old community. We enjoy a stroll through a small orchard, a vegetable garden and a medicinal herb garden to get closer to the edge of the fields of alfalfa and other crops and the spectacular views of the desert and eight surrounding volcanoes. 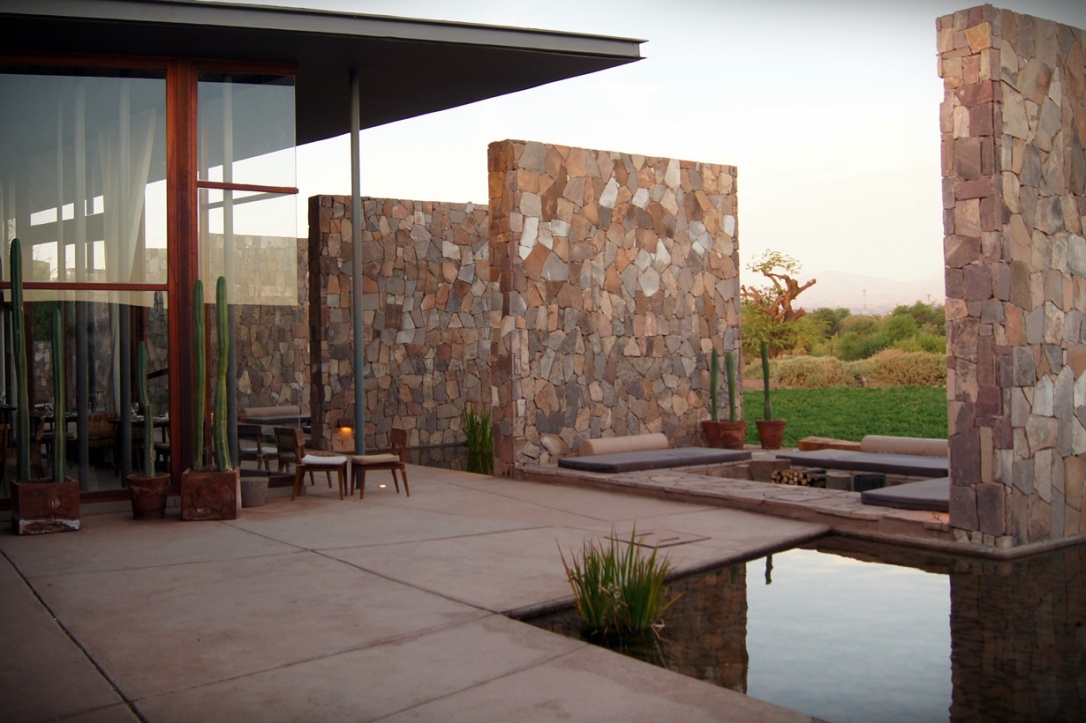 What brings us to the hotel is the Festival de Cine de Aventura Banff.  At our campsite last night, we saw a poster for this touring version of the internationally acclaimed film festival hosted every year about 100 km from our home, The Banff Mountain Film Festival. We’re regular visitors of the original event and decide that spending some time enjoying this little slice of home will be worth extending our time in San Pedro.  The festival is held outdoors and it’s incredible to watch these amazing films out under the sparkling desert sky.

On our final day in the village, I’m spending the late morning on a wooden bench in the shade of the pepper trees in the plaza, watching people come and go through the cactus wood doors of the small white adobe Iglesia de San Pedro. Across the street is the Casa Incalca, the town’s oldest house, built in 1540 for Chile’s founder, Pedro de Valdivia. Miles tracks me down just as activity in the quiet plaza is starting to pick up. There is some type of festival underway and the streets are filling up with a parade of dancers. 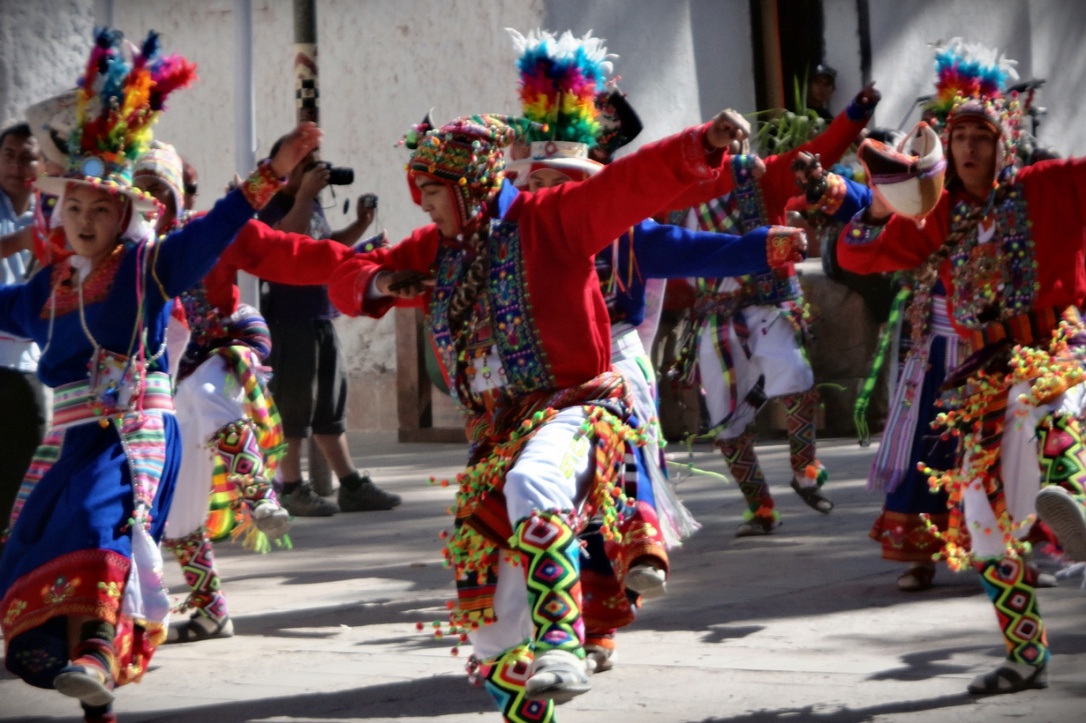 This evening, we head to Tierra Atacama an hour ahead of the film festival viewings. We are being interviewed by Summer Hess whom we met last night. She is an American journalism student currently on a fellowship in San Pedro de Atacama, writing her thesis on travelers to San Pedro de Atacama.  It seems that our story was unusual enough that she wanted to capture it.  It was great to have an opportunity to share our experiences and to talk about our “travelers rather than tourists” approach with someone who has done quite a lot of research into the subject.